Go to YouTube. Search Carmina Burana. The video with the most views, almost 15 million, is UC Davis’ production of the piece from 10 years ago. On June 3rd, the Pacific Boychoir joined the UC Davis University Chorus and Symphony Orchestra at the Mondavi Center in a rousing reprisal of the work that featured piano and percussion and a stellar student conductor.

In 1938, the composer, Carl Orff, set music to poems and dramatic texts from the 11th and 12th century. If that sounds dry and crusty, think again. The lyrics could be straight from Green Day:

Day, night, and everything

The chattering of maidens

Although sung in Latin and Middle German, the message is timeless, often bawdy and irreverent. Jonathan Nadel, tenor, stumbled out on stage as a “roasted swan.” Soprano Shawnette Sulker’s angelic voice conveyed the longing and loneliness of youth. Baritone Malcolm MacKenzie showed remarkable range of emotion and tone throughout.

And the audience reacted enthusiastically to the performance.

“Music speaks even when we don’t know what it is about. People respond to the vulnerability in the voice,” said Dr. Jeffrey Thomas, director of the University Chorus. “The soloist’s job is to overcome that vulnerability.”

Part of that responsibility also rests with the conductor. They create the atmosphere for the orchestra and choir to perform at the highest level. Through one-on-one mentoring, UC Davis offers a masters in conducting and many graduates are “enjoying international acclaim,” said Thomas.

Garrett Rigsby conducted the work with precision and power, allowing the singers to show what Thomas called the miracle of the human voice. The orchestration, spare and haunting, used only two pianos and six percussionists, but Rigsby’s understanding of the piece made their skills a perfect balance to the work.

“One of the challenges of Carmina Burana is to see what the composer meant,” said Thomas. “The fussiness of the markings has to be balanced with a score that so many people are familiar with. In order for the audience to connect, the conductor has to capture the natural, guttural quality of the piece,” he said.

Another student conductor, Jonathan Spatola-Knoll, opened the evening with Concerto for Two Trumpets in C Major by Antonio Vivaldi. Spatola-Knoll fused the well-paired soloists, Aaron Shuler and Will Ebeler, as they echoed each other throughout the work. Strings and harpsichord rounded out the piece.

Carmina Burana played for one night at the Mondavi Center. For a schedule of upcoming performances by the UC Davis University Chorus visit chorus.ucdavis.edu; for the UC Davis Symphony Orchestra, visit arts.ucdavis.edu; and for Pacific Boychoir, visit pacificboychoiracademy.org. And to see what else is playing at Mondavi, visit mondaviarts.org. 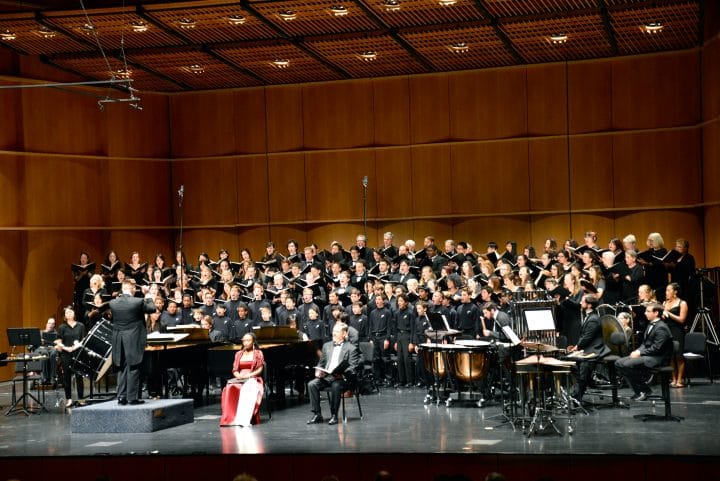 Rigsby conducts the Pacific Boychoir and University Chorus backed by piano and percussion. 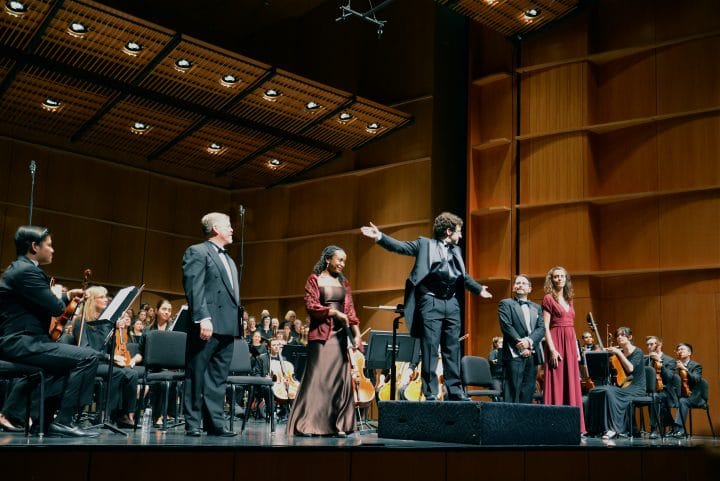 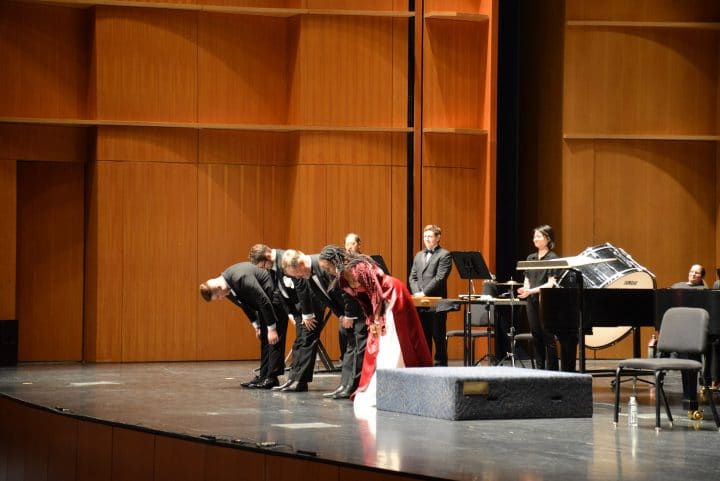 Kate Wells has been studying violin for the last ten years and loves the variety of classical music that Sacramento area offers. She has worked as a river guide, lighting specialist, martial arts instructor, and is currently teaching English at Charter University Prep in Placerville.