Music filled the streets and venues of Old Sacramento this Memorial Day Weekend as the 43rd rendition of the Sacramento Music Festival returned to the city. From traditional jazz to Cajun to swing to zydeco to ragtime to rock to country, a feast of music styles had people tapping their feet, dancing in the streets, or relaxing in their seats.

The Sacramento Music Festival has infamously evolved over the years to expand beyond the traditional jazz that founded the festival. Originally called the Dixieland Jazz Jubilee when it started in 1974, this change has been an intentional shift to give people exposure to and enjoyment of a variety of music.

“The mission were trying to accomplish is giving folks a look at a lot of different types of music,” said Tom Duff, Executive Director of the Sacramento Traditional Jazz Society, the festival’s organizer. “We could put one band up or a couple bands up and have a rock concert, but then you get only rock music the entire day. The reason the music festival has been successful for over 43 years is that it continues to provide a lot of different styles of music.”

The festival did indeed incorporate a multitude of music styles as the sounds of instruments changed from trumpets to banjos to electric guitars when walking from one street corner to the next. Youth bands also added much to the atmosphere of the festival with an impressively talented presentation of traditional jazz music. The four “Next Generation” youth stages, made up of over a dozen mostly-local high school bands, provided a free showing to Old Sac passerby-ers and gave these young musicians the chance to play in front of bigger crowds.

“Having the youth at the festival really enhances the festival,” said Duff, who noted the player’s chance to also be inspired by the professional musicians they played among, some of whom got their start at the festival, such as Steve Price, the drummer for Pablo Cruise, and Kyle Rowland, a harmonica player. “There’s been a lot of them over the years that you can say, ‘They played at the music festival and that’s helped them along.’ It has a lot of heritage behind it. That’s encouraging to me that it does that.”

While Duff said there’s been a resurgence of interest in jazz among young people, the music festival tends to have a older demographic—but one that has been decreasing the past few years. In addition to families and a mix of 20- and 30-somethings, this year’s average age was the mid-40s, down from 50s the year before. Duff said he’d like to see more of the crowd even younger than that, which tends to happen when younger bands or performers draw them in. He made mention of the early-30s crowd who gathered at a previous music festival to see the Dust Bowl Revival, a jazz-folk and American roots band made up of eight young musicians.

The music festival had an energetic yet laid-back atmosphere accompanied by warm weather that cooled to perfect at night. The Sacramento Music Festival has already set the dates for Memorial Day Weekend next year.

For more information on the festival, visit sacmusicfest.com. 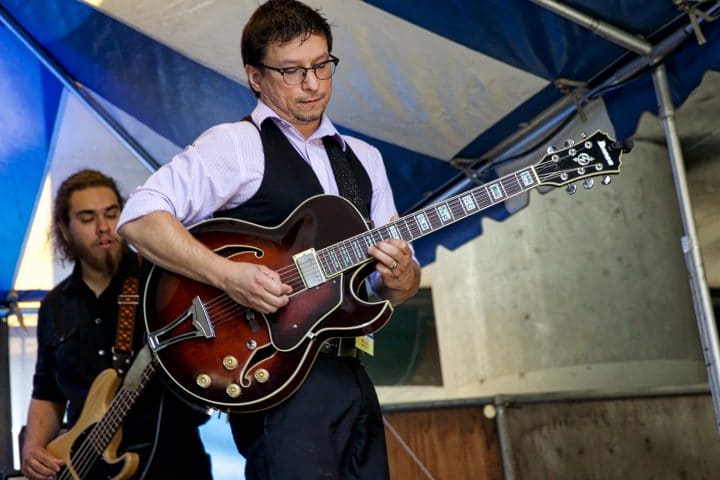 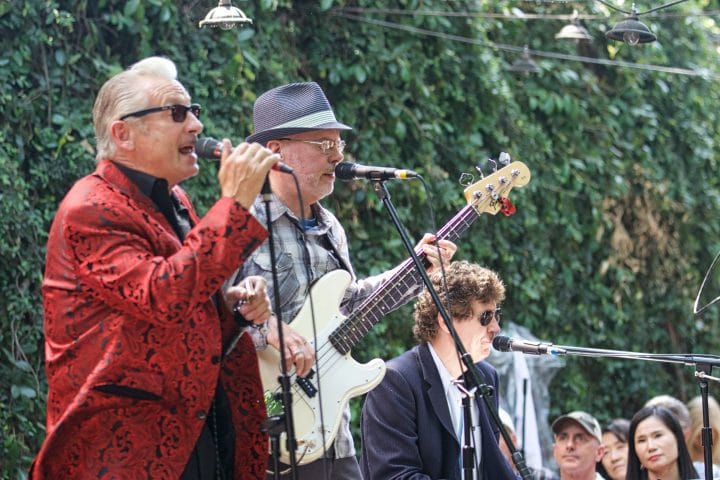