In the spirit of Sacramento’s early days, when the 49ers had to be ready for any situation that might befall them, our city motto just might be “Be Prepared”.  If the thousands of volunteers in the region are any indication, Sacramento is prepared for just about anything.

Under the leadership of the Sacramento Red Cross, many agencies and organizations have come together to be sure that the region will be prepared to withstand and function through a large-scale emergency situation, and will be able to recover quickly from it. Participants include the Sacramento Office of Emergency Services, Community Emergency Response Teams (CERTs), Teen CERT, and the Sacramento Regional Medical Reserve Corps. 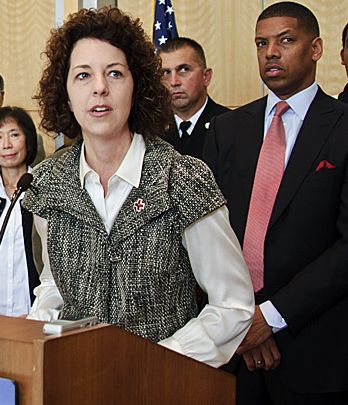 This coalition of community volunteers have been so effective in their work that California Volunteers, the state agency charged with increasing the number and impact of Californians engaged in service and volunteering, has just awarded a $40,000 grant to SacramentoReady. The grant will be used to provide disaster resiliency training to some of the many non-profit and faith-based organizations involved in this outstanding volunteer effort.

Mayor Johnson’s vision for the City of Sacramento includes a high degree of community engagement, and to that end the Volunteer Sacramento initiative was formed. One of the most impressive outcomes of the initiative has been the recording of over 390,000 volunteer hours logged in the 2009-2010 fiscal year.  The monetary value of these hours exceeds $9 million.

Instrumental in amassing these impressive numbers are the departmental Volunteer Coordinators throughout the city and county.  Johnson introduced this year’s Volunteer Coordinator of the Year, Mary Lynn Perry of the City-Wide Volunteer Program, Department of Human Resources.  Johnson also announced that his 2010-2011 goal will be a staggering 3 million service hours from volunteers, and early numbers indicate that this may not be an impossible goal.  This year there have been an average of 3000 volunteer hours per month in 15 different departments.

Volunteer Coordinator of the Year, Mary Lynn Perry of the City-Wide Volunteer Program speaks to the crowd.

Sacramentans can be proud of their generosity and dedication. As the trend of volunteerism continues and grows, every citizen can play a vital part in the growth and health of our city and our region.

In the City • Urban Development